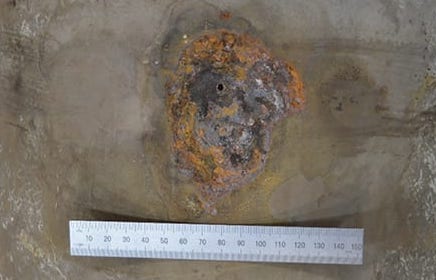 Corrosion under insulation (CUI) creates a pervasive and versatile challenge to the integrity of insulated equipment, but non-destructive inspection can help to avoid undesirable CUI surprises Corrosion under insulation (CUI) has been occurring ever since industry started insulating equipment. However, most of the CUI reported until the 1970s developed in stainless steel due to stress-corrosion cracking. At that time, with limited insulation, carbon-steel equipment did not develop significant CUI [ 1]. Since then, with higher energy costs, carbon-steel piping, tanks and vessels have been more intensively insulated to save on energy costs, and as a result, they have begun to develop CUI.

CUI is a common problem for petroleum refineries, petrochemical facilities, power plants and chemical and fertilizer plants. One’s predisposition could be to consider CUI as a problem that is isolated only to sites in close proximity to a marine environment, but this is not always the case. CUI can happen in dry industrial sites as far away from the sea as the Canadian prairies (Figure 1). Once equipment is insulated, the proximity to cooling towers, leaking heat tracing, rain, mist from melting snow that saturates insulation and other leaks or steam can have an impact on CUI.

CUI can remain undetected until a leak develops or until the insulation and cladding or jacketing are removed or damaged, making CUI exceedingly challenging to find (Figure 2). Earlier reports stated that one single non-destructive examination (NDE) could not be used to identify CUI [ 2]. This remains the case today as engineers combine several NDE techniques to perform CUI assessments. In such assessments, corrosion rates are usually presented in mils per year (mpy), where one mil is equal to 1/1,000 of an inch. The techniques and strategies now used are summarized throughout this article, and several images are provided to illustrate CUI in piping and tanks and the detection methods applied in industry today to improve overall reliability.