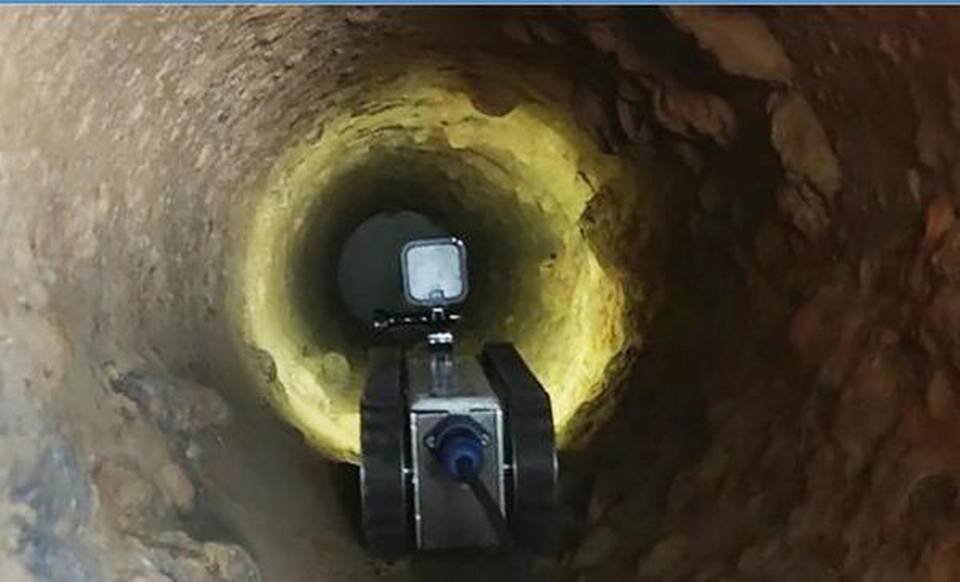 At a time when water scarcity pervades many urban centres, it is important to ensure that water being transported through pipes is not lost through leakages. In an attempt to address this issue, researchers from IIT Madras have developed a robot to check pipelines for leaks and other faults. Named Endobot, this robot is to be marketed by an IIT Madras incubated startup, Solinas Integrity, founded by the researchers.

Quite often, pipes that transport water suffer from low maintenance and neglect which causes them to develop leakages. These often go unnoticed except when the water seeps to the surface. Periodically, water pipelines are dug up, and this may bring leaks to notice, but this is left to chance and is a costly process at best. Water is also lost through connections that have not been sanctioned officially. Endobot is presented as a solution that can identify these faults and stealthy connections, at a low cost.

The electrically-powered robot looks like a small tank, runs within the pipe on four wheels connected using a conveyor belt. It is tethered to the entry point outside the pipe. This construction allows it to run over tough terrain within the pipe without stalling. "Endobot is about 6 inches high and can study any pipe having a diameter more than 8 inches. Since water pipes typically have an inner diameter of at least 15 inches, it suits the purpose well," says Prabhu Rajagopal from the Centre for Nondestructive Evaluation in IIT Madras, where the robot was developed. He is also a non-executive director of the company.

"As the robot, which is electrically powered, runs through the pipes at about 15 cm per second, it captures videos and transmits a live feed to the base at the entry point. It also uses laser-based techniques to examine the pipes as it moves," explains Vishwa Sai Prathyusha, who is the Chief Technology Officer of the company and alumna of IIT Madras. These feeds are conveyed to the user’s computer and may be analysed later using software developed by the team.

"Of course, the robot has noteworthy features, but also the software and tools for analysis developed by our team give us a major advantage over competition," adds Ms Prathyusha.

Visit The Hindu for the full article.