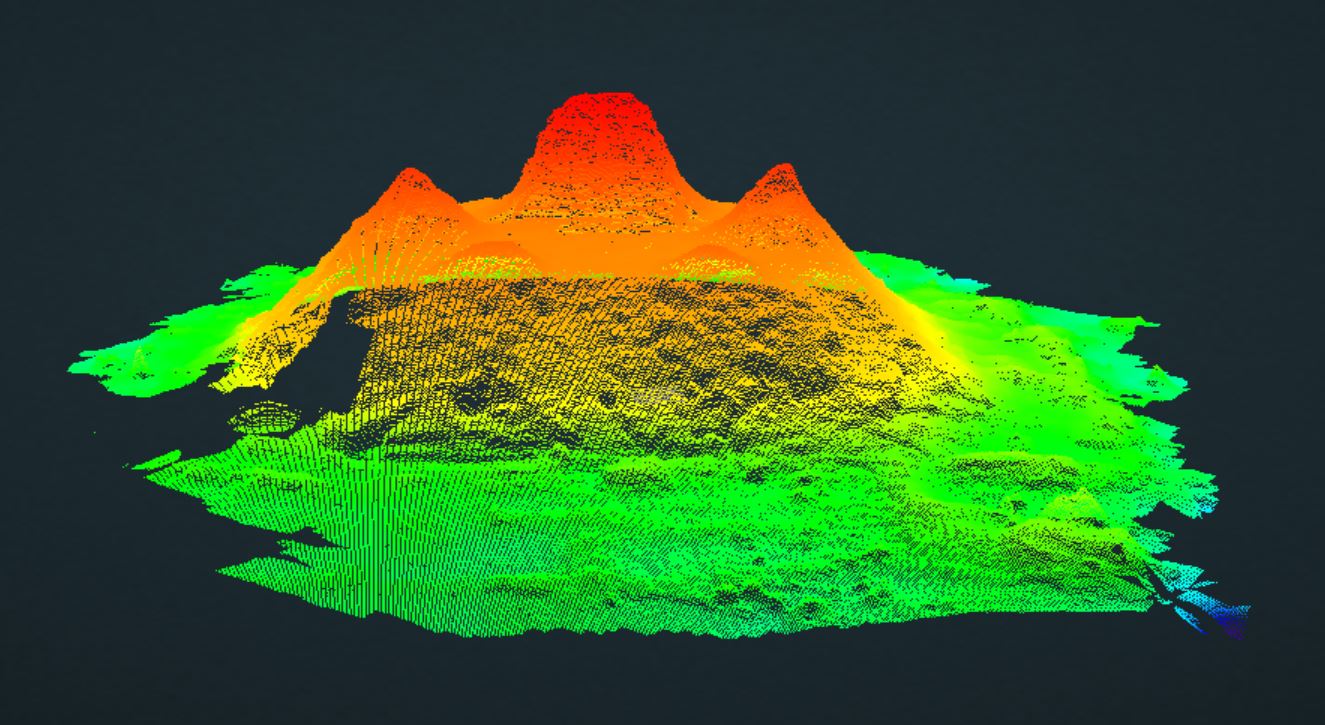 In the summer of 2014, a crew of National Geographic’s Discovery Channel program made an amazing discovery in the jungles of the El Mirador Basin, deep in the heart of Guatemala. Using traditional LiDAR, a research team had discovered what looked like ancient buildings, buried deep in the forest. This year, they contacted LiDARUSA to rescan and analyze the data with Velodyne’s higher resolution sensors, the HDL-32.

"The discovery includes the world’s largest pyramid, several temples, and surrounding buildings," describes LiDARUSA’s Daniel Fagerman. "It is crazy. These discoveries are very new, made within the last three or four years. There are huge road systems that lead off into the jungle that no one has been able to map currently. The highway system is as large as a modern interstate believed to have been built completely without any wheeled instruments or equipment during the Pre-Classic Mayan period 2500 years ago. This is a major discovery as it would be one of the oldest highway systems in history."

The owner and host of Discovery Channel’s ‘Expedition Unknown’ TV show Josh Gates wanted to help Richard Hansen, a leading archaeologist in Mayan history, to gather more info on these sites, using Velodyne’s HDL-32 sensors. The original intention was to collect the scans using a drone, but the area was so large it was decided to use a full-sized chopper.

"There are so many sites that have not been explored yet within a short distance of camp. Without the use of LiDAR, these man-made features (especially the highways) are completely invisible by photogrammetry due to vegetation and the fact they are buried deep below the surface. They can even be invisible to explorers by foot. The advantage is being able to visualize the scanned surface as a shaded elevation model in 3D," Fagerman says.

"We process them using software packages that can automatically classify points that are ground only, effectively stripping away vegetation to reveal the surface where buildings, highways, even pyramids can be seen in the surface and explored further," he adds.

LiDARUSA acted as the consultant/contractor to obtain higher res LiDAR scans of the topology that already existed and of the surrounding highways. They turned to Velodyne LiDAR for several HDL-32 sensors in their dramatic quest to visualize this amazing discovery.

As an extension to this research, LiDARUSA will soon be using Velodyne’s largest sensors in a new chapter of Central American archaeology.