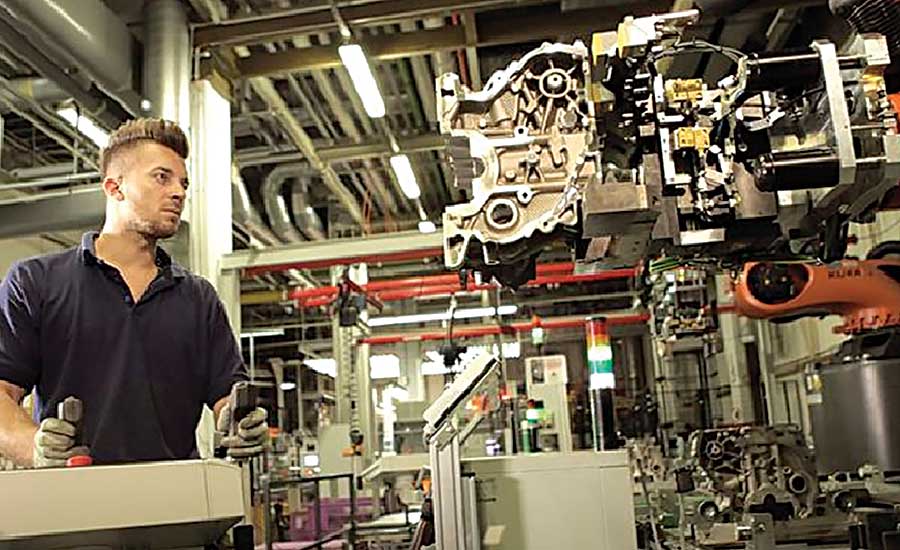 In less than 15 years, cobots have come a long way. Not only have they gained acceptance in every major industry in manufacturing, but robot suppliers have significantly increased their cobot offerings. Plus, this past spring the Robotic Industries Association R15.06 Standards Committee finalized its Technical Report R15.806-2018 to address the test methods and metrics for measuring pressure and force associated with quasi-static and transient contact events of collaborative applications.

Another sign of cobots growing influence in manufacturing is the appearance of integrators that specialize in industrial applications based on human-robot collaboration. MRK-Systeme GmbH, based in Augsburg, Germany, is one such company. Founded in 2004, the company specializes in mechanical engineering, with a particular focus on the automotive industry.

In 2015, MRK-Systeme helped BMW partially automate the process of "quality-inspecting" assembled crankshaft housings for the company’s three-, four- and six-cylinder engines at its factory in Landshut, Germany. This forced MRK-Systeme to develop a system in which humans and robots directly cooperate in a workstation.