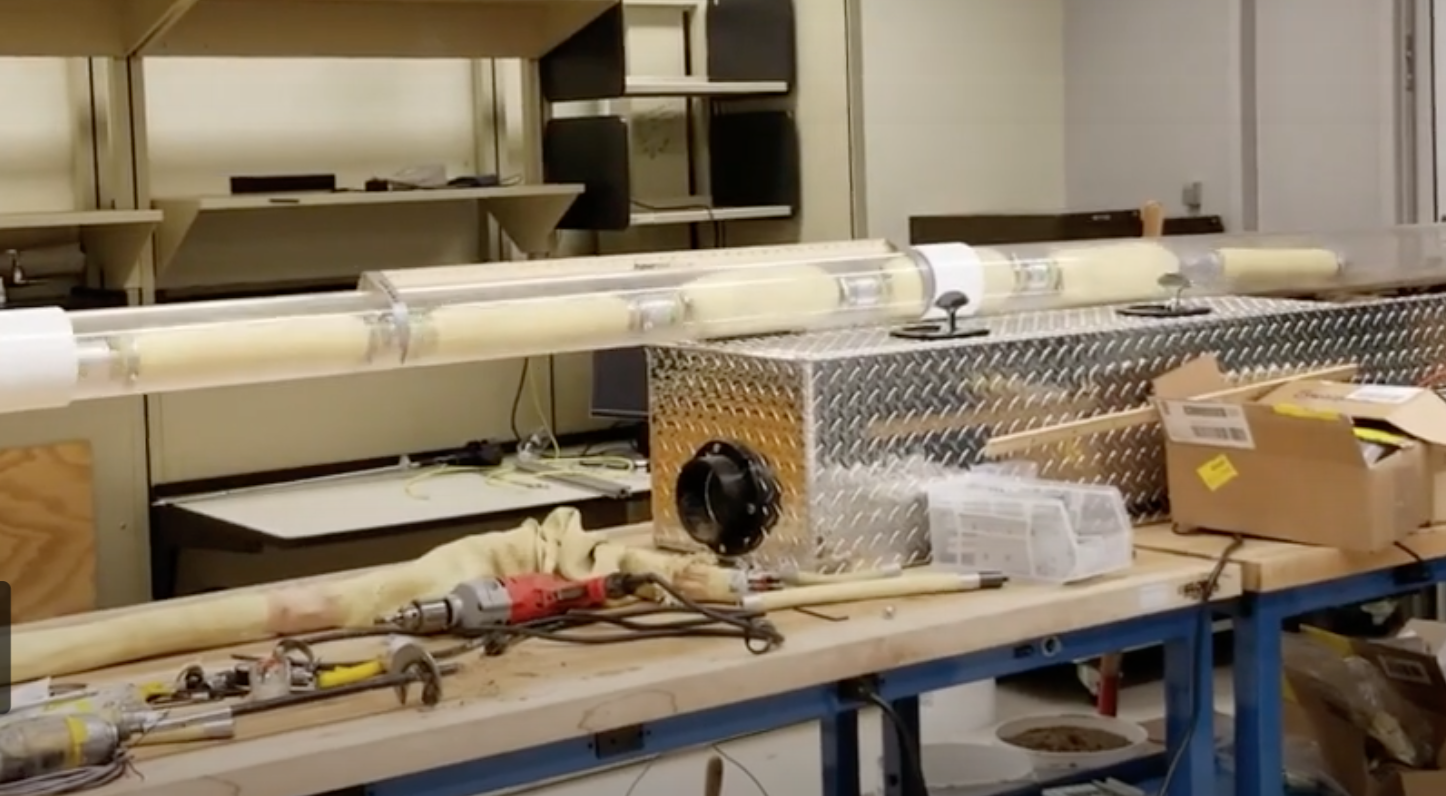 With digging abilities that might make a groundhog jealous, a multidisciplinary team at GE Research, the central technology development arm of the General Electric Company (GE), has been awarded a 15- month, $2.5 million project through the Defense Advanced Research Projects Agency’s (DARPA) Underminer program, to demonstrate the feasibility of a robot that can rapidly and efficiently bore tactical tunnels in support of critical military operations.

The principal objective of DARPA Underminer program is to enable the rapid construction of underground tunnels in support of various military battlefield operations. These operations could include supporting rescue missions or rapidly resupplying critical munitions to the front lines. GE’s project is one of three new projects the program is funding to demonstrate the feasibility of new capabilities with robotics, sensing and other component technologies that exceed current commercial drilling capabilities.

The inspiration for GE’s approach actually has its roots in the graduate and doctoral research of project leader Deepak Trivedi in the mechanical engineering program at Penn State University. Trivedi’s doctoral work, one of the earliest in soft robotics, was to create and demonstrate a robot inspired by biological examples of soft structures such as octopus arms and elephant trunks. The idea was creating a robot that had the dexterity to make sharp turns, squeeze through confined or small spaces and adaptability to pick up and move objects of vastly different sizes and shapes. Trivedi, a mechanical engineer, says the earthworm-like design integrates some of these characteristics with a great ability to dig and move quickly underground.

"It turns out earthworms are probably the most prolific tunnel makers on the planet," Trivedi said. Tree roots can penetrate through highly compacted soils and soft rock by generating high pressures through tissue growth. "We have designed a prototype that is several feet long, with hydraulic artificial muscles that mimics the agility of earthworms moving through soil and with the force of tree roots penetrating through soft rock."

Trivedi explains that earthworms rely on muscular structure filled with fluid, called the "hydrostatic skeleton." When they move, some sections of their structure radially expand to enlarge the tunnel while anchoring the worm, while others become longer to create movement and penetrate further into the soil.

What Trivedi and the GE Robotics Team have designed is a robot using powerful artificial muscles that moves in the same fashion. The robot is capable of adaptively changing its gait depending on soil conditions, making it versatile. Another advantage of this approach is that the robot can create tunnels without the need for bringing any material to the surface, giving it advantages of efficiency and stealth. But Trivedi says that designing a powerful robot that moves with force is only one part of the challenge. The other is enabling it to autonomously and knowingly navigate its way around obstacles to reach the desired target location without the benefit of GPS.

Trivedi said, "Because these tunneling systems are underground, we need to be able to build in autonomous and sensing capabilities that enable our robot to move and tunnel in the right places. Fortunately, we’re able to pull in controls, AI and sensing experts from across the Lab to help us integrate these new capabilities."

The GE Research team already has designed a prototype and performed some initial lab scale demonstrations of the robot tunneling through dirt. The goal of the project is to demonstrate a robot that can move at a speed of 10 cm/sec and dig a tunnel that is 500 meters in length and at least 10 cm in diameter.

Trivedi says the technologies being developed on this project will not only help advance tunneling technologies, but also advanced inspection and repair capabilities using robots.

"The soft robot design we’re creating will have many more degrees of freedom in movement than conventional robots with joints, Trivedi says. "One of the reasons, octopuses, for example, can squeeze through such small spaces is that they have no bones. The same thing applies for soft robots, which can be very advantageous when you want to reach small places like the inside of a jet engine or power turbine to inspect and make intricate repairs."

GE has developed and field-tested new snake-like robots for jet engine inspection and repair. These highly flexible robots allow access to confined and cluttered environments at different length scales – from millimeters up to several meters, thereby enabling many maintenance operations to be performed in-situ, without requiring expensive teardown and reassembly of industrial assets.

GE Research is GE’s innovation powerhouse where research meets reality. We are a world-class team of scientific, engineering and marketing minds working at the intersection of physics and markets, physical and digital technologies, and across a broad set of industries to deliver world-changing innovations and capabilities for our customers. To learn more, visit our website at https://www.ge.com/research/.