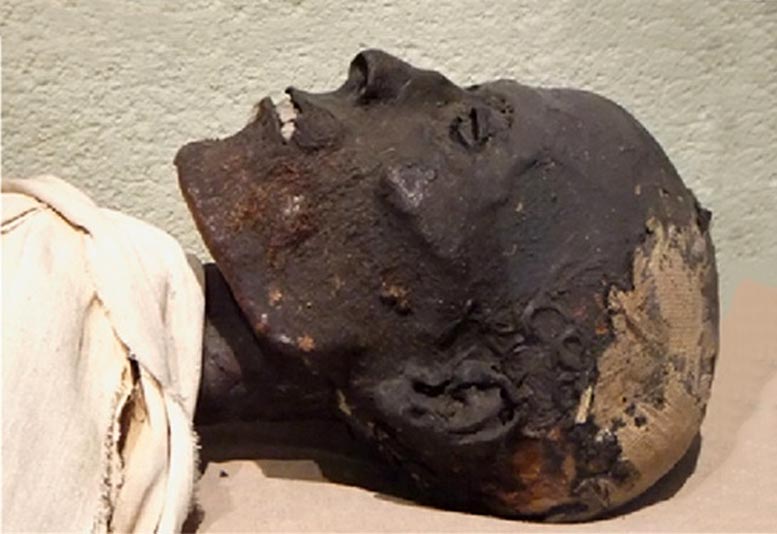 Ancient Egyptian mummies have many tales to tell, but unlocking their secrets without destroying delicate remains is challenging. Now, researchers reporting in ACS’ Analytical Chemistry have found a non-destructive way to analyze bitumen — the compound that gives mummies their dark color — in Ancient Egyptian embalming materials. The method provides clues to the bitumen’s geographic origin and, in one experiment, revealed that a mummy in a French museum could have been partially restored, likely by collectors.

The embalming material used by Ancient Egyptians was a complex mixture of natural compounds such as sugar gum, beeswax, fats, coniferous resins and variable amounts of bitumen. Also known as asphalt or tar, bitumen is a black, highly viscous form of petroleum that arises primarily from fossilized algae and plants. Researchers have used various techniques to analyze Ancient Egyptian embalming materials, but they typically require preparation and separation steps that destroy the sample.

Read the full article at SciTechDaily.com.