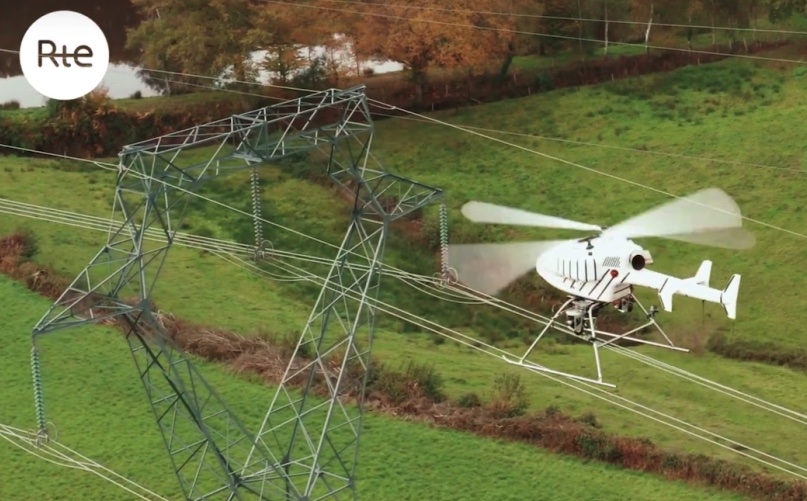 FFinding efficient, safe, ecologically sustainable, and inexpensive solutions for power line inspections has been a major challenge for energy companies. To inspect miles of powerlines, electric companies have either used employees to climb up every pole to inspect each line, which is not only dangerous but inefficient, or employed the use of helicopters to capture the data.

Although helicopters can capture a lot of data in a single flight there are a number of drawbacks. They are expensive to run and emit a lot of CO2 pollution into the air, especially when compared to the relatively light payload they are carrying. Because helicopters need to stay relatively far away from the lines to avoid collision, they require expensive cameras to get the level of detail for the data to be valuable. When a helicopter does crash, there are serious risks to the pilot as well as infrastructure due to its size and weight, which can lead to loss of life and major power outages.

Long-range VTOL drones provide a viable powerline inspection solution. Drones consume less energy, polluting less. They pose less of a risk to infrastructure and populations, and they are cheaper to operate and can fly closer to powerlines to get higher resolution images with less expensive cameras. Despite all that drones have to offer, there has been significantly less adoption than you would expect (although this is changing). Why aren’t we seeing a massive move toward drone adoption?