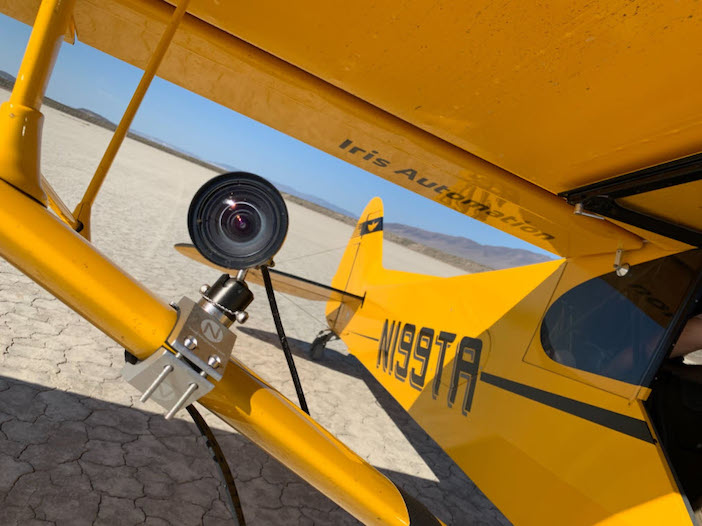 Iris Automation’s Casia detect and avoid computer vision system is a leading candidate for equipping drones to avoid other aircraft. The system, which uses off-the-shelf cameras, has been extensively flight tested during the last three years.

brought to you by Element Aerospace In the USA the FAA allows waivers and exceptions for drones to operate beyond visual line of sight (BVLOS) under Part 107 and Part 135, but the rules and regulations haven’t been written yet by the FAA for more routine operations. Just what a detect and avoid (D&A) system will have to do comply to serve in a BVLOS role in the future is yet to be determined precisely. Part 135 certification is currently the only way for small drones to carry the property of another for compensation beyond visual line of sight.

But Iris Automation has gathered test and operational data in staggering quantities. The company has tested its Casia system on drones flying at 400ft and below over the Nevada desert encountering fixed wing aircraft and helicopters, including the company’s CubCrafters XCub. The encounters include having Casia initiate avoidance maneuvers, which often result in the drone spiraling down out of the way of the aircraft. Casia can distinguish between a light aircraft, an airliner, a helicopter or a military jet and records the speed of the target to work out the drone’s avoidance maneuver.