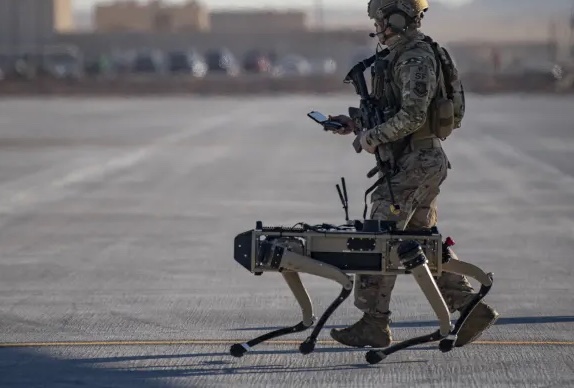 A number of four-legged robot dogs have been deployed in the workforce for applications like inspections, security and public safety among others. At their core, these four-legged robots are mobility platforms that can be equipped with different payloads depending on the type of information that companies want to gather.

Competition in the four-legged robot market is heating up. In the U.S., Boston Dynamics has been developing its 70-pound Spot robot for about 10 years. Nearby, MIT has also been working on a smaller four-legged bot it calls "mini cheetah." Ghost Robotics in Philadelphia is making robots geared toward military applications, while abroad, Swiss-based Anybotics is making a four-legged robot it calls Anymal for industrial customers. And Chinese companies like Deep Robotics, Weilan and Unitree Robotics are all building their own versions, though these last two companies seem to be at least partially focusing on the personal robotics market...

Read the full article at CNBC.